Business confidence is falling among leaders in retail and the construction and services sector. 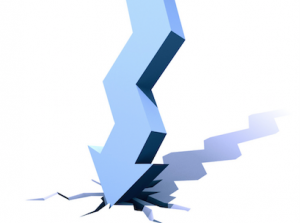 The retail sector reported significant declines across all indices over the quarter, with profit expectations plummeting 79.8 per cent on a quarter-on-quarter basis.

“The retail sector is the main area of concern with both expectations and the actual performance falling sharply,” said illion economic adviser Stephen Koukoulos.

“Actual sales were reported to be below zero, which is the first time it has been this low in nearly four years.”

“The gloomy outlook for the retail sector also showed up in expected employment, which fell over 27 per cent in the last quarter.”

“Trade risk have intensified over the past few months and business leaders, particularly those with a heavy focus on export markets, are watching these developments closely.”

“Economic data also continues to remain mixed, both in Australia and abroad, and we are seeing leaders take a cautious approach to spending and investment in these uncertain times.”

Koukoulas noted there are further signs of a cooling in the economic outlook, pointing to a softer quarter for the economy.

“The outlook is not yet a concern, but there has been a clear downturn in business expectations for the trifecta of sales, profits and selling prices, which are the key drivers of the macroeconomic conditions in the economy.”

“It is likely that the broadly-based decline in the housing cycle and on-going concern about household spending and weak wages growth have weighed on the outlook,” said Koukoulas.

“This mix of news is all but certain to see the Reserve Bank hold official interest rates steady for the next few months, and if there is any further loss of momentum in coming months, the door may open for an interest rate cut.

“This would be especially the case if expected selling prices, inflation in other words, fall further.”