A flickering retail pulse and spiralling vacancy rates spell dangerous times ahead for the classic retail strip store. But is there a light at the end of the tunnel?

Not so long ago, Chapel St. and Bridge Rd. were icons of the independent retail world in Melbourne, but recent years have seen a huge spike in vacancy rates – not just in these landmark areas, but across most of Australia. These vacancy rates have spurred calls from industry officials for a ‘vacancy tax’.

A Vacancy Tax on retail

In essence, it’s an additional fine for a form of retail land banking. Leave the lights off in your premises for too long (say, 6 months) and pay a fee for the privilege. It’s intended to drive rent down in a slowing economy, allowing small retailers back into an uncertain sector, thereby encouraging growth. Sounds good, right?

A vacancy tax is a good start, but in isolation it might be a little simplistic.

Commercial lending is far more complicated and vicious than personal lending. To put it as simply as possible, when borrowing against a commercial property, the rent accepted is built into the inherent value. If a landlord accepts a lower rent, it affects the bank’s valuation and can cause the bank to call on the loan.

This won’t affect all Landlords, but for some who are negatively geared or more heavily encumbered are facing the proposition of more security being demanded by banks. For these Landlords, it can make more sense to leave a shop empty, obtain no rent but retain a higher – if unrealistic – valuation, than risk the wrath of their bank.

It makes no allowance for a stagnating economy. 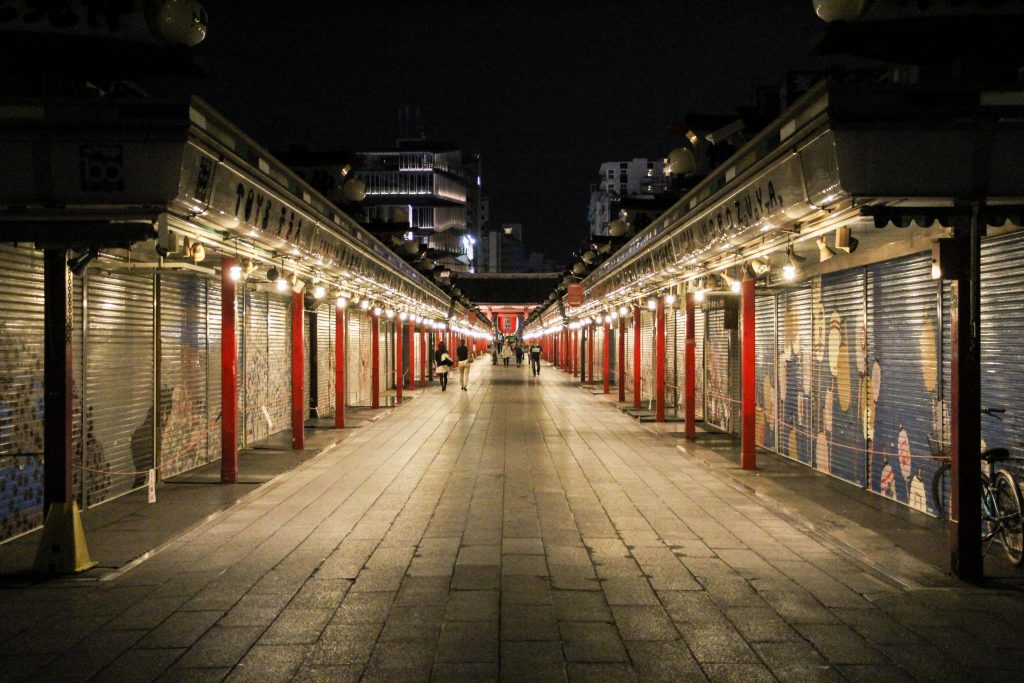 The value of retail on the edge of recession

Vacancies for Chapel run as high as 20% in parts. It seems this is not due solely to landlord greed but rather a combination of factors, including a need for strong valuation. Someone, it seems, ought to be reminding banks and landlords alike that retail is flatlining.

An economic model based on limitless, continual growth is one that’s doomed to failure. A vacancy tax may well force Landlords to readdress their need for sky-high rents, however lending & repayment expectations need to be likewise adjusted.

There’s a need to address the fact that these retail premises are not worth anything like what is being claimed in the current economic environment. It’s high time lenders acknowledged this.

That’s all the blame we’re willing to not send the Landlord’s way, though – it doesn’t come to us naturally.

The role of the Landlord

As any centre manager will smugly tell you, the average vacancy rate for major shopping centres is typically less than 3%. How much of this is due to canny dealing on the part of leasing managers though, and how much is due to artificial demand created by strip sites being unable to lower their rent? Of late, we’ve also seen a spike in casual leasing & reclassification of previously lettable space, meaning Landlords can artificially pump up their numbers.

That’s without even addressing the Landlord proclivity for drowning centres in limited offerings once they show any signs of popularity – think massage, nails, cafés etc.

The system is broken. Landlords have the capacity to operate in a cartel-like manner, relying on disinformation and limited leasing competition to hamstring retailers in lease negotiations.

We wrote some weeks ago about the need for a ‘rental reset’ – a reduction in dizzying rents that have spiralled out of control on the back of rent reviews being set well above CPI for years. Perhaps a vacancy tax, coupled with less restrictive lending practices presents the perfect opportunity to do just that.

If we let the market dictate rent, rather than lenders, perhaps we can save these iconic strip sites.

For help negotiating your retail lease, or help resetting your rent level, contact us here or on 1300 33 44 32.